The Joy of Being a Fearless Performer
Online Workshop

REGISTER FOR THE WORKSHOP

REGISTER FOR THE WORKSHOP

The Joy of Being a Fearless Performer is an online workshop designed to help singers unlock their potential and become confident and versatile performers.

“I wanted to thank you. I’ve been singing with true joy today (instead of  it feeling like working!)”

“This year hasn't been an easy one - and I know I've had it a lot easier than most - but the biggest thing that has changed in me is... me. And that is not down to the pandemic, that's down to your guidance and input and questions and challenges. I can't separate the work we've done out and say "this is just about singing".

As I keep finding (and one day I'll stop being surprised by this) what makes singing easier, freer and coming from a place where I sound like me rather than trying to sound like someone else, is also applicable to the rest of my life. What we've discussed and explored has helped with my singing, but that's been a very minor part of it when compared to the change it has had and is continuing to have in me as a whole."

It's a live workshop so I will be able to answer any and all of your questions right there and then.

“Thanks so much for helping me gain such insight to my way of thinking / behaviour / habits.”

“I would recommend working with Hattie because it is so much more than just enhancing your performance abilities, it enhances your life abilities”

This workshop is for you if you want or need to perform in front of an audience but feel that you struggle to be the best you can be because you are:

Seemingly putting all the effort in but not seeing the results

Repeatedly making the same mistakes or coming up against the same problem in your performing, or

……you are not alone! I have faced all these issues and more, as have my clients. What you will get from this workshop will help you transform not only how you perform, but also how you feel about performing.

Join me for the live workshop and start making the changes you know you want to.

DISCOVER THE JOY OF BEING A FEARLESS PERFORMER

“I went to Hattie for coaching because I felt blocked from performing by negative thinking and fear of failure. Her support was invaluable on taking me on a journey that has helped me greatly.

As a result of my sessions with Hattie, I feel more able to perform with much more confidence and enjoyment!”

“If you are undecided, don’t be – Hattie might
just change your life.”
– Rebecca Olsen

As a child, as with so many singers, I had the sort of voice that would silence an audience, I was a small, unassuming girl with a large, powerful voice. It was the one thing I knew I could do well….that was until I couldn’t. In my late teens I found I could not longer produce the same, effortless beautiful voice. Frustrated and disillusioned, I gave up singing for for nearly 20 years and turned to my academic studies, gaining a First in Philosophy and then becoming a barrister. When I returned to singing in my mid-thirties I had a fabulous singing teacher and with her help I began to see glimpses of the voice I had had again, but no matter how hard I worked I kept struggling with my vocal technique and confidence. Eventually I realised it wasn’t my voice that was letting me down, it was my thoughts. When I changed my thoughts, everything else changed too.

Having spent 10 years as a barrister I then retrained and became an accredited coach with the International Coaching Federation, a coach supervisor and an ICF coach mentor. My real passion lies in the work I do with singers and performers. I am an expert in helping them retrain their thoughts so that they can perform at their best.

Leave your name and email to get instant access to a process to get you in the perfect headspace to perform. 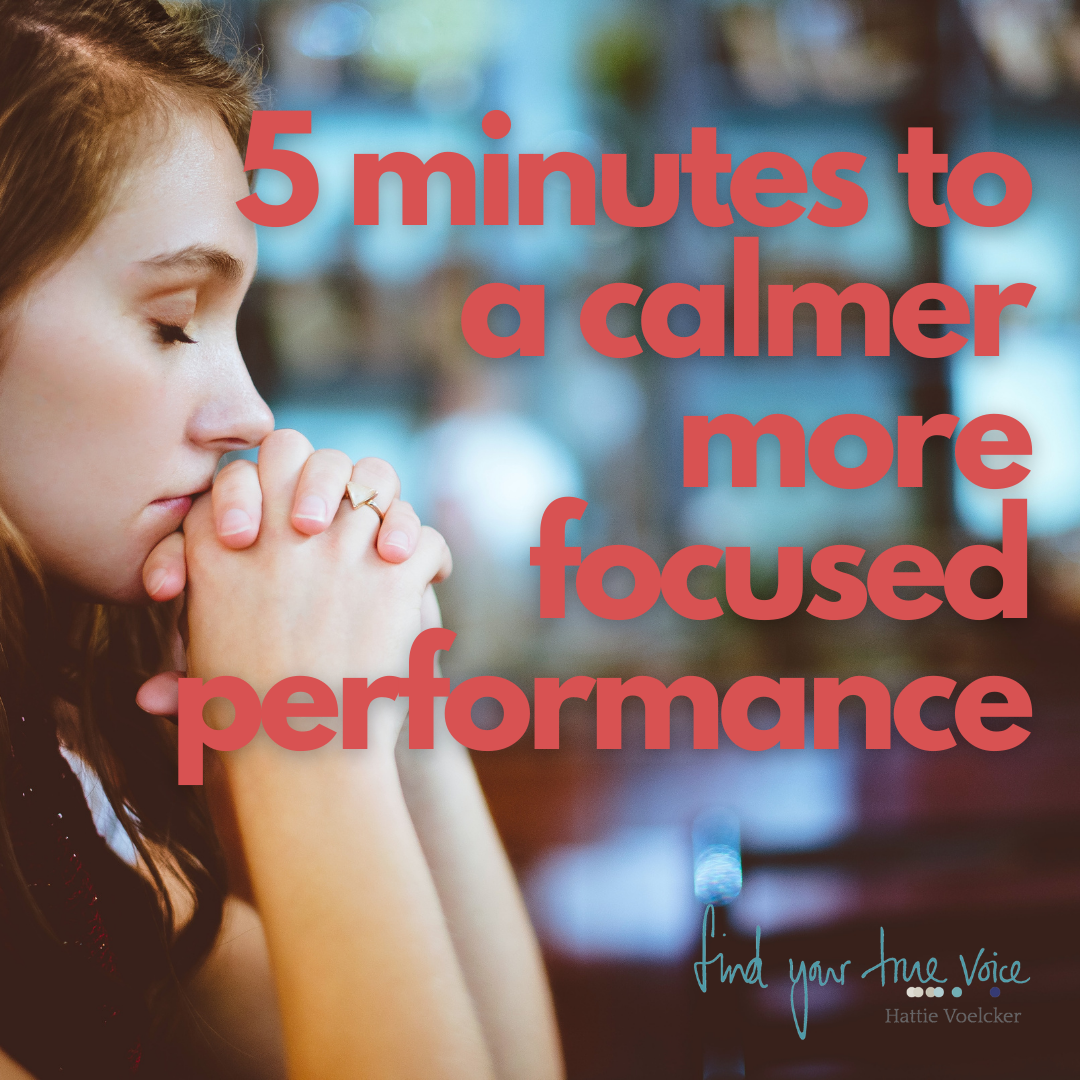 The Joy of Being a Fearless Performer Workshop is now over

Yes! Please send me emails about how to be a more fearless and confident as a performer...

I will send you emails with tips and tools on how to maximise you confidence and free your voice, and occasional offers for workshops and courses to help you free your voice. You can of course unsubscribe at any point.